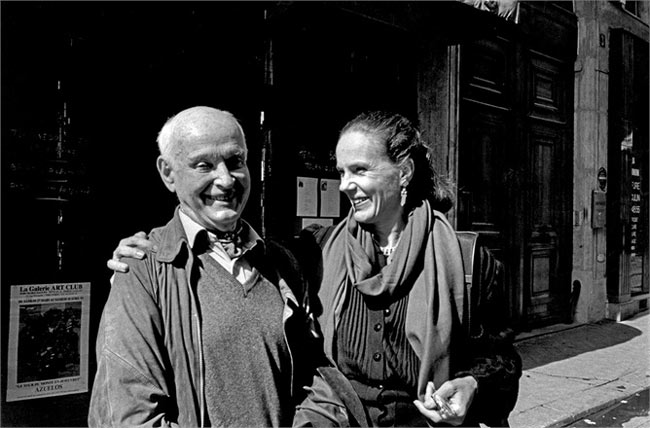 Henri Cartier-Bresson was a French born photographer – born in Chanteloup-en-Brie, Seine-et-Marne in 1908. Cartier-Bresson developed a love with surrealism and painting early on, with his creative passions turning to the camera in 1932, after he had spent a year in the Ivory Coast and discovering “the Leica – his camera of choice after that moment – and began a life-long passion for photography (Magnum Photos, Unknown)“. Cartier-Bresson’s surrealistic, artistic abilities translated into his later photography work, with some arguing that he approaches photography like an artist, being interested in the structure, the composition, the relationship between shapes in the image before anything else and focuses on: storytelling, portraiture, environment, intimacy, trust, the time needed to take a picture of a person or activity, the instinct needed to capture the right moment quickly without hesitation and sensitivity in relation to observing things and working with people. Cartier-Bresson had his first exhibition at the Julien Levy Gallery in New York, paving the way for a long and successful career, with about: 10 awards; 31 exhibitions; 15 collections; 38 books and 7 films under his belt – as well as being the co-founder for Magnum Photos. “He explained his approach to photography in these terms, ‘”For me the camera is a sketch book, an instrument of intuition and spontaneity, the master of the instant which, in visual terms, questions and decides simultaneously. It is by economy of means that one arrives at simplicity of expression”… “From 1968, he began to curtail his photographic activities, preferring to concentrate on drawing and painting. In 2003, with his wife and daughter, he created the Fondation Henri Cartier-Bresson in Paris for the preservation of his work…He died at his home in Provence on 3 August 2004, a few weeks short of his 96th birthday (Magnum Photos, Unknown)“.

Looking to some of his works to analyse, I have   chosen his 1965 piece Kyoto, Japan, from his   JAPAN collection.

Henri Cartier-Bresson was known for using only   one camera and lens for almost all of his work –     a Leica rangefinder and a 50mm. We can   therefore assume that this picture was originally   authored by said Leica rangefinder and 50mm.   He then would have had chosen his negatives   through a magnifying glass, ensuring he kept   dust off the negative as he placed it in the   enlarger; exposed onto photographic paper; the   photographic paper was then put through trays   of developer, stop bath and fixer and the printed   photo was hung up to dry with pegs. Cartier-   Bresson presents a beautiful shot, that follows   the photography rule of thirds.

Kyoto, Japan was published as a part of a collection called JAPAN in 1965 as a gelatin silver print. While it’s now available to purchase online and through auctions, it once wouldn’t have been so simple to view or purchase, due to its publish year of 1965, and the internet not even having made way yet. The publishing process also would not have been so simple, as everything was still analogue.

The photo collection was originally exhibited in museums around the world, and is now offered to view and purchase through Magnum Photos and other art retailers – giving the collection and piece a global platform.